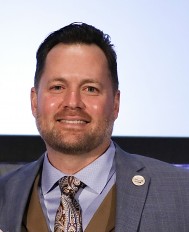 If you've experienced property damage and plan to file an insurance claim, do you know what it's really worth? Will your insurance adjuster offer you a fair claim settlement? What if your claim has been denied or underpaid? If being treated fairly by your insurance company and getting paid quickly are important to you, consider hiring a public adjuster to represent your best interests and manage your insurance claim. Established in 1984, Tampa, Florida based public adjuster Tutwiler & Associates is a highly regarded, licensed insurance claims adjusting firm that works exclusively for the policyholder. We prepare, present your and negotiate a fair settlement under the provisions of your policy. Our public adjusters will remove the stress of dealing with insurance company red tape freeing you to handle more important issues. One of the things Rick enjoys most about being a public adjuster and working with clients is helping someone put their life back together after losing their home, valued personal possessions or a business they've worked hard to establish. By nature, Rick has always been interested in the claims resolution process after observing the difficult and sometimes very adversarial process people had to endure during their insurance claim recovery efforts. His growing reputation in the industry, professional approach in handling insurance claims, and the working relationships he has developed with other insurance executives and leaders has helped him quickly establish his expertise and credibility throughout the industry. Rick has been a Board Member for the Windstorm Insurance Network (WIND) since 2012 and was the recipient of the 7th Annual WIND Presidential Recognition Award in 2016. He has also served on the Conference Committee, Chair of the Membership/Marketing Committee, Nominating Committee and Co-Chair of the WIND 2016 Conference Committee. In 2014, Rick received the Windstorm Network Associate (WIND-A) designation and was part of the first group of property insurance experts to be named to the Windstorm Network Fellows Program established to recognize within the insurance industry, individuals that demonstrate professionalism and technical knowledge in the field of property and windstorm insurance claims. In 2016 Rick was elected the 2016 Secretary of the WIND Board of Directors and is slated to become WIND's President at the 20th Annual Conference. Mr. Tutwiler is a member of the National Association of Public Insurance Adjusters (NAPIA), past Board Member for the Texas Association of Public Insurance Adjusters (TAPIA), Community Association Suncoast Chapter (CAI), USF College of Business Alumni Chapter, a past member of the President’s Circle of the Clearwater Chamber of Commerce and actively involved as a Big Brother in Big Brothers Big Sisters of Tampa Bay where he has been matched with his little brother, Hyadi for over nine (9) years. In 2008, Mr. Tutwiler earned the Property Claims Law Specialist (P.C.L.S.) designation from the American Education Institute and in 2013 upgraded his license to an All-Lines Public Adjuster license so he could begin mentoring other Public Adjuster Apprentices. Having been featured on the news multiple times, Mr. Tutwiler is often approached by various media outlets seeking professional insight and information. Rick has been featured in the Boston Globe, New York's PIX11 News, WTSP Tampa Bay, and the Tampa Bay Business Journal to name a few. Rick is often asked to speak on different faculty workshops at various conferences and he also a Continuing Education Provider with two (2) Continuing Education classes approved by the State of Florida Department of Business and Professional Regulation. The classes are Navigating the Insurance Claim Minefield & Disaster Planning and the Reality of Insurance Claim Outcomes. Originally born and educated in Tampa, Florida Rick graduated from Jesuit High School of Tampa, before going on to earn his B.A. in Business Management from the University of South Florida’s College of Business Administration. In his spare time Rick enjoys spending time with family, traveling to other countries, the outdoors, learning new things, spending time with his little brother, boating, fishing, friends, and attending sporting events.
Property
Rick is a second-generation public adjuster whose interest in the profession began at an early age after witnessing firsthand how disasters can impact people’s livelihoods. He officially joined Tutwiler & Associates in 2005 after completing the Property Loss Adjustment Program from Crawford & Company’s University in Atlanta, GA, the only adjuster’s education program of its kind. Since then, he has successfully settled numerous claims involving fire, flood, windstorm, hurricane, vandalism and theft, water losses, lightning damage, explosion, power failure and business interruption for residential, commercial, and industrial properties. He has also acted as an Appraiser for various insurance claims resulting in very successful outcomes for the insured policyholder. Rick is also a Certified Umpire under the Windstorm Insurance Network's certification program. In addition to Florida, he also holds licenses and works in New York, North Carolina, Massachusetts, Kentucky, Pennsylvania, Minnesota, Mississippi, South Carolina, Tennessee, Georgia, Rhode Island, Texas, Virginia, West Virginia, and the U.S. Virgin Islands. In 2005, Rick led the team following Hurricane Katrina and Hurricane Wilma. In 2008 he led the team following Hurricane Ike in Texas. In 2010 he worked in the Caribbean after Hurricane Earl battered the islands with heavy rain and roof-ripping winds as a major Category 4 storm. In 2012, Rick was in charge of heading up the firm's New York office following the devastation caused by Superstorm Sandy and in 2015 he was in charge of the firm's Northeast operation assisting clients in Boston, Massachusetts, Rhode Island, and Virginia affected by the historic Blizzard of 2015. 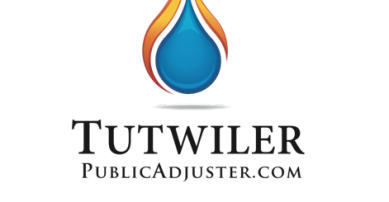