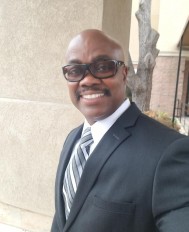 Maurice B. Holmes is the principal owner of MB Holmes Public Adjusters and his company exists to assist commercial and residential policyholders in their property loss claims for damages from occurrences of fire, flood, hail, smoke, wind, water and natural disasters such as hurricanes and tornadoes. Maurice is licensed by the State of Texas and holds four official state licenses. He is an Insurance Adjuster, a credential he has held since 2007, and Public Adjuster since 2018. He also holds two additional licenses— Air Conditioning and Heating Contractors since 2012 and Property and Casualty, earned in 2017. He is also a member of the Texas Association of Public Insurance Adjusters (TAPIA). Members of TAPIA commit to the highest ethical conduct. Raised in Texas, Maurice’s formal education began when he studied carpentry and construction at a trade school in Waco. Upon graduating with an associate’s degree, he moved to Houston and became employed with the construction division of Reliant Energy. Here, his knowledge of the construction industry flourished, as he applied his education and hands-on building knowledge to commercial and residential projects. In 1985, Maurice founded his own construction and design company incorporating the necessary trades needed for successful project completions.
Property
His expertise gained him trust and respect among residential homeowners, commercial business owners, and investors. Projects varied from room additions, roof installations, and new home construction, to large commercial projects such as office space build-outs and new church construction projects ranging in size from 5,000 up to 20,000 sq. feet. After witnessing firsthand that homeowners were missing out on additional monies from their insurance claims, Maurice decided he could greatly help the homeowner get a much greater payout. This was the incentive for obtaining his license through the State of Texas as a Public Adjuster. With over 30 years of building construction experience, and over 10 years as a licensed Insurance claims adjuster, Maurice is highly experienced in representing the commercial and residential policyholder, not the insurance companies. Personally and professionally, Maurice and MB Holmes Public Adjusters, respectively, rest on the cornerstone of the Golden Rule—treat others ethically as you would have them treat you. He attributes his passion to assist individuals and his success to a disciplined, moral work ethic and scriptures from the Bible such as Romans 4:17.