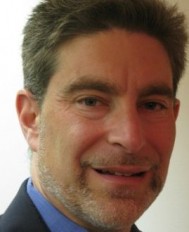 Jeffrey Gould has been a public adjuster since 1994. He joined American Claims Management Services after serving five years as Assistant Legislative Auditor for the Maryland General Assembly and is now President of the company. While he enjoyed the important work in Annapolis, it only increased his desire to help people in their time of need. He became a Certified Public Adjuster and has become one of the top adjusters in the country because of his knowledge of insurance policies, experience in managing claims and ability to work with insurance companies to get his clients the optimal settlements. Full of energy and enthusiasm, Jeff is respected among his peers and colleagues for his ability to work collaboratively. He is known for his attention to detail and ability to work well with insurance companies in securing ACMS clients the best possible settlements. Jeff’s dedication to his career has led him to be an active participant in his profession. He not only became a member of the NAPIA, but is currently the Association President and has served numerous Board and Committee positions. He is recognized by his peers for his thoughtfulness and ability to merge differing opinions into one solution. In addition to his professional commitments, Jeff is active in his community and serves on several boards in the Baltimore area. He was born and raised in Baltimore, Maryland, and later graduated from Tulane University in New Orleans, Louisiana, with a Bachelor of Arts in Economics. After his graduation from Tulane, he studied accounting at University of Baltimore in Baltimore, Maryland and became a Certified Public Accountant.

University of Baltimore Certificate of Accounting