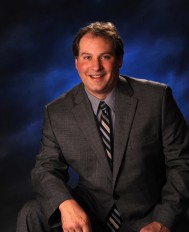 I met with Gary the other day and he spent over an hour with me explaining what he does and how everything works. He even gave a little Powerpoint present. I learned quite a bit from him. He's very knowledgeable and I certainly could tell how he takes pride in helping people. Gary looked at my HO policy and explained what every coverage meant (something the insurance company) doesn't do. I would call Gary first before I ever had to submit an HO claim.